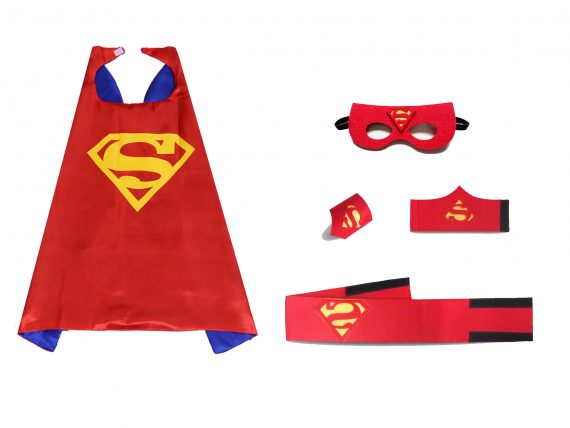 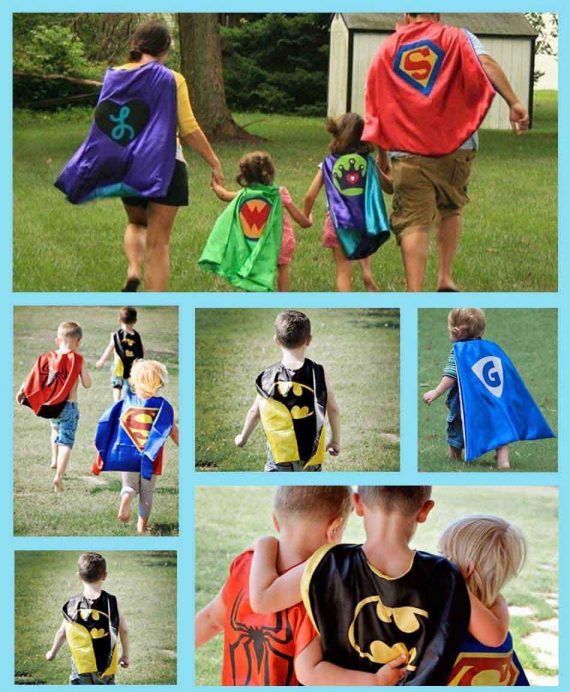 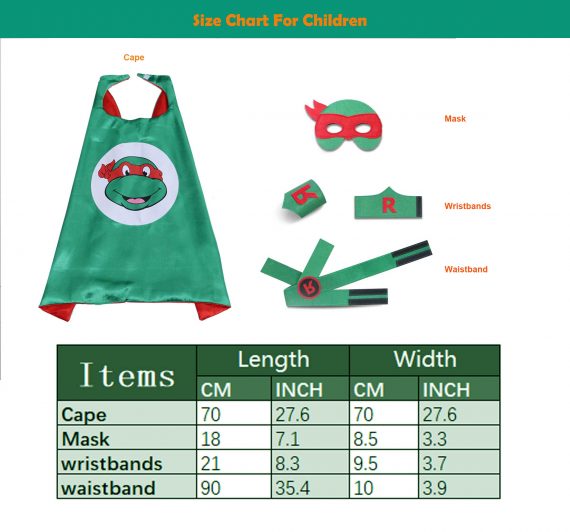 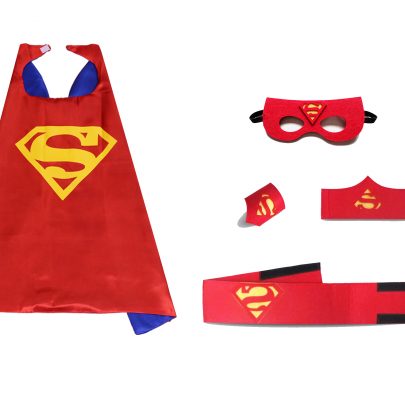 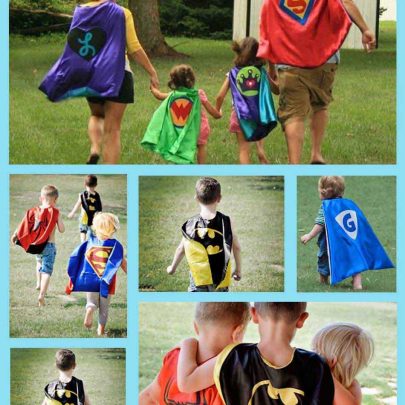 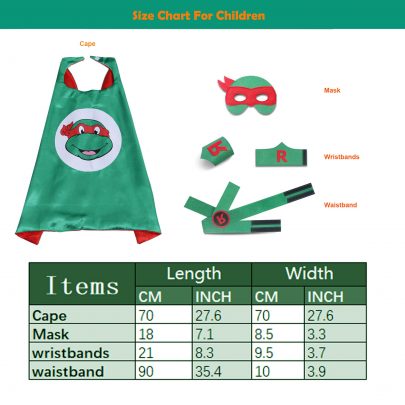 Looking for some super party favors or giveaways at your next superhero event or birthday party?
These red superman cape party packs provide you a great choice!
Our superhero party capes are made from 100% polyester and Felt Mask come in 24 vibrant colors.
Pattern:Red Superman Cape and Mask Sets
Include:
1 cape,1 mask,2 wristbands,1 waistband

EVERY KID WANTS TO BE A SUPERHERO – Now it is possible! This set is perfect for children over 3 that want to pretend to be their favorite superheroes during the day. Change into a different hero each day or have friends over for a costume party!

ENCOURAGES IMAGINATION AND CREATIVITY– One of the greatest parts of childhood is being able to play dress-up toys and costumes. With our premium quality superhero capes for kids, you can encourage more hours of screen-free fun!It can be worn over pajamas or regular shirts and clothing. Imagination is like building a muscle, the more you use it, the bigger it gets!

Now you may enhance your child’s imagination with our set of 5 Superhero Costumes: featuring all of your kid’s favorites!

Superman is a fictional superhero. The character was created by writer Jerry Siegel and artist Joe Shuster and first appeared in the comic book Action Comics. The character regularly appears in comic books published by DC Comics and has been adapted to a number of radio serials, movies, and television shows.

The Superman shield, also known as the Superman logo, is the iconic emblem for the fictional DC Comics superhero Superman. As a representation of one of the first superheroes, it served as a template for character design decades after Superman’s first appearance.

This question’s been asked here a bazillion times, but so many peoples love him just so much.

What attracts us to Superman?

Honestly? At first, it was the costume. It was so iconic and colorful, which you didn’t get from Batman or Spawn, Then people were introduced to Superman: TAS and JL, and we were pretty much hooked from there on in. He was so powerful, and his extra powers (heat vision and arctic breath, specifically) were just so insanely cool to me as a kid. The fact that he could be defeated by something like Kryptonite was never a factor that we dwelled too much on because come on, look at all the stuff he can do. The pros outweighed the cons, basically.

What makes us care about Clark Kent?

He’s humble. Plain and simple. we admire a character that isn’t a jackass or makes a fool out of himself because it’s a unique plot-device. He’s genuinely a good person that tries to see the good in others, and we respect the hell out of him for it. Even if he’s an alien from a distant land, the guy is more human than anyone, and that lives through Clark Kent. Anyone who’s ever felt alone and lonely can absolutely relate to the character, and it’s a big part of why we love him. He’s not a broody mope, he’s a beacon of hope who, even though he’s lost everything (including the Kents in the New 52), he still does his job with a smile on his face because all the broodiness is useless. Looking forward is better than dwelling on the past, and that’s why Clark Kent/Superman is my favorite character.

What would make someone like you “get it” the fastest?

Give his comics a chance, and read them with an open mind. My absolute favorite Superman story of all time is Superman: Birthright, an origin story written by Mark Waid. Waid is perhaps the best writer to have ever handled the character, and if you need confirmation on that, you gotta read Kingdom Come, another excellent DC Universe story. Oh, and he also wrote Superman: Peace on Earth, another excellent short read. Besides those three, I highly recommend What’s So Funny About Truth, Justice, and the American Way, Red Son, All-Star Superman, Superman: Brainiac, and Superman: Last Son.

Please email contact us for any questions. We’ll give great support and service.